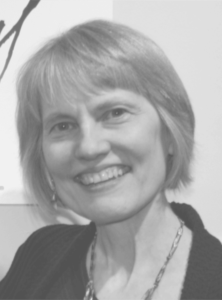 Donna Salli is Finnish-American, born and raised in the Upper Peninsula (U.P.) of Michigan.  She received her BA in English from the University of Wisconsin-Madison and did her graduate work at the University of Massachusetts-Amherst.  She holds an MFA in Poetry.  She studied poetry at the college level wherever she lived.  Among her teachers were Seamus Heaney and Michael Blumenthal at Harvard, Mark Strand and Sherod Santos at the University of Utah, and Dara Wier and James Tate at UMass.  Her poems and essays have appeared in numerous journals, magazines, and newspapers, including Lake Country Journal, Loonfeather, Hellas, The Hawaii Review, Kansas Quarterly, The Little Magazine, Primavera, Quarterly West, Her Voice, Minnesota Literature, Lake Superior Magazine, Cream City Review, and the Star Tribune.  Her work has been anthologized, appearing in publications such as Dust & Fire:  Women’s Stories and Art by Women from Bemidji State U. Press and North Writers II: Our Place in the Woods from U. of Minnesota Press.  In 2000 she received a Mentor Series Award in poetry from the Loft Literary Center in Minneapolis. 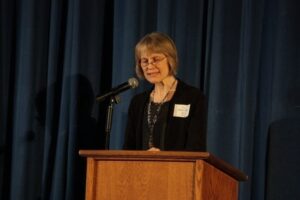 Most recently, she took first place in The Crossing Arts Alliance  Poetry on the Wall 2015, a juried poetry exhibit and performance at Franklin Arts Center in Brainerd, MN.  She has received regional arts grants, served on poetry grants selection panels for the Minnesota State Arts Board, and served as judge and nomination selector for the Minnesota Book Awards.  She teaches English and creative writing at Central Lakes College in Brainerd, Minnesota. In the early 90s, she acted in summer theatre and afterwards began to write drama.  Her play The Rock Farm, about a Finnish-American family living in the U.P., has received productions in Finland (in translation), Minnesota, and Michigan.  In 2012, The Rock Farm received a staged reading and panel critique as part of PlayLab at the Great Plains Theatre Conference in Omaha.  The script was one of 35 selected from 644 submitted.  In August 2014, a scene from the second act of The Rock Farm received a staged reading at FinnFest in Minneapolis. 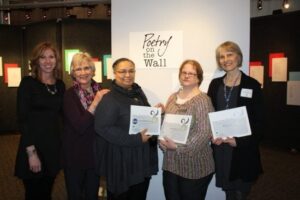 Donna’s debut novel, A Notion of Pelicans, is published by  North Star Press